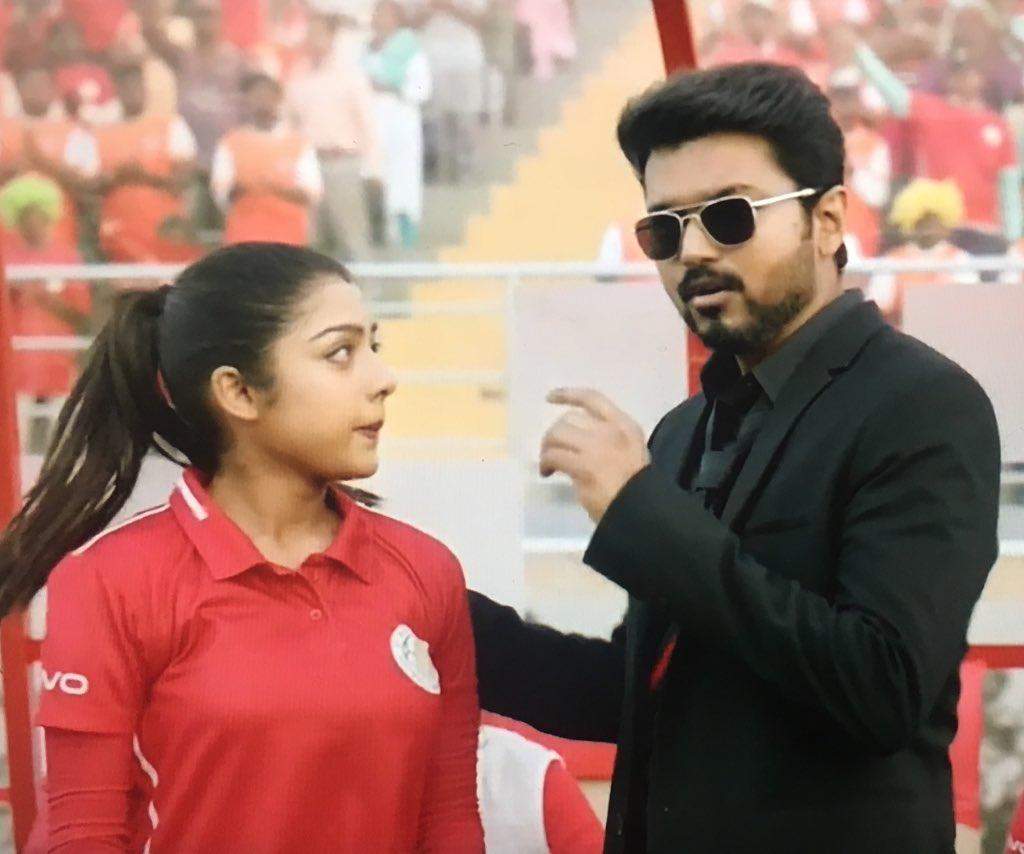 Varsha Bollamma became an Internet sensation after uploading a video on Dubsmash. In the video, she impersonated actress Nazriya’s dialogue from the movie Raja Rani. In 2015, she made her acting debut with the Tamil thriller Sathuran. Since then, she has worked in several Tamil films like Vetrivel, Ivan Yarendru Therikiratha and Yaanum Theeyavan among others. However, her performance was applauded for stint in Vijay Sethupathi’s ’96’ and Vijay’s ‘Bigil.’ Bollamma has so far worked in Tamil, Telugu and Malayalam films.

In a recent interview, she has spilled beans about interesting information about Thalapathy. The budding actress said, “According to Thalapathy Vijay, his whereabouts at the shooting spot are unknown. He would sit very quietly.But as soon as he said action he would act the opposite of the silence he was in. Whether it be fight scenes or dance scenes, no one can learn that thing from him.”

She further added, “Naturally Thalapthy Vijay is so sweet that when he comes to the shooting spot he will wish everyone and say “Goodmorning” and then when the shooting is over he will leave saying “Bye” lovingly to everyone.o. He has the quality of respecting everyone no matter how big star he is. I am super excited to watch Vijay’s Master movie. Master movie is very special to me because it stars my Sethupathi and Vijay together. I look forward to watching this film.”